As the coronavirus swept across the world, Africans had a growing sense that they were on their own. If there were going to be a savior, it would be Africans themselves.

As the coronavirus swept across the world, experts predicted Africa was doomed. Pandemics are not new to Africa, but, unlike HIV/AIDS or Ebola, COVID-19 came from outside. By the time it arrived on the continent, Africa’s usual partners were inundated with their own crises.

Throughout the continent, Africans had a growing sense that they were on their own. If there were going to be a savior, it would be Africans themselves.

At the start of the crisis, African governments took quick and decisive action. With very few exceptions, they shut down while cases were still in the single or double digits, implemented contact tracing, and flooded the airwaves and social media with information explaining the situation and how to stay safe.

South African President Cyril Ramaphosa, who in January began his term as Chairman of the African Union (AU), brought together African leaders to have a unified voice at the G20 and other global forums. The AU started several initiatives, including a procurement platform to be launched by Econet CEO Strive Masiyiwa, which will help countries get scarce medical supplies, while favoring African-manufactured goods.

The African Development Bank (AfDB) and the African Export-Import Bank launched multi-billion-dollar funds. In a coordinated effort with other regional institutions, including the Africa Finance Corporation (AFC), Trade and Development Bank (TDB), Africa50, and others, they launched public and private sector initiatives that have helped strengthen supply chains and support Africa’s own CDC.

Two of Nigeria’s business giants, Aliko Dangote and Herbert Wigwe, launched the Coalition Against COVID (CACOVID), and were soon joined by more than 50 major Nigerian companies. The private sector initiative is vastly expanding Nigeria’s capacity to test, building hospitals and isolation centers throughout the country, and providing food for the poorest 5 percent of Nigerians, about 10 million people, many of whom lost their livelihoods when the country shut down.

So far, Africa has had far fewer cases than expected, but the economic impact has been widely felt. With people not able to earn a living due to lockdowns, there is a risk that an economic crisis could become a political crisis. Africa’s powerful economic and development institutions are heavily focused on addressing the economic fallout and planning for a post-COVID Africa.

Against a backdrop of more than a decade of “Africa Rising” narratives, COVID-19 has given Africans a chance to show themselves and the world what they can do. The pandemic has not put Africa on a new path, but it has accelerated the journey.

In conversations with top African leaders and experts across the continent, there is no doubt there will be a tragic loss of lives and livelihoods, but there is also surprising optimism for Africa’s future.

Like other major global shocks, COVID-19 and the resulting economic crisis may create shifts in global relationships and the world order. Having fought this battle largely powered by their own resources, Africans may emerge standing a little taller, taking up a bit more space on the world stage, and even renegotiating global relationships.

Right now, Africans are focused on putting up a good fight against the crisis, but one day we may look back and see that for Africa, COVID was an inflection point that transformed the continent.

The following are leading African voices (edited for clarity and brevity) that are part of guiding the continent through COVID-19 and beyond. 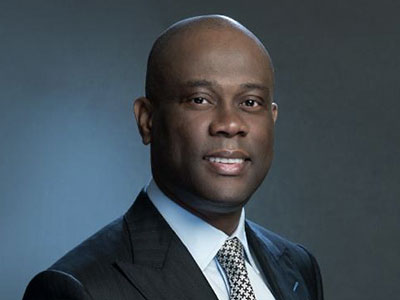 It dawned on us that for the first time Africa is alienated, so we must solve our problems. We don’t need to beg anybody. By the time we had our index case in Nigeria, we were pretty much prepared. The world economy will suffer, but we are not going to allow our future to be determined by what is happening in the West. This is a reset button for us. People are asking why not run our factories on local raw materials and stop importing so much? Why can’t we resolve our own medical situation when we have more doctors than anywhere but India? At Access Bank, I have more than 35 million customers. Now, the big push is to get all of them to be digital. Financial inclusion is happening faster than before, and with the underserved coming into the marketplace, it’s going to strengthen our GDP.  These things will lead to a change in the balance of power from where we looked perpetually to the West to becoming self-sufficient. 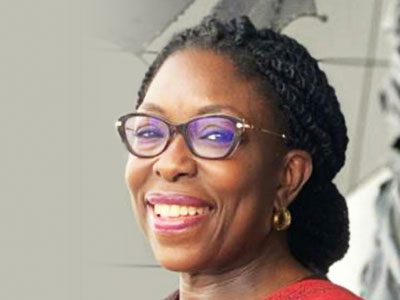 Our more empowered narrative comes from the recognition that no one is going to save us. The world is a basket case. The people we believed had everything under control, woefully they do not. No one has any answers. There’s no Western savior. We have to solve our own problems. COVID has caused over 4,000 deaths, but we lose 300,000 lives to malaria a year. The bigger problem with COVID is the world has shut down. What I see is the private sector jumping in. We are expanding Nigeria’s testing capacity, building isolation centers, and feeding people because there is no unemployment assistance or stimulus package. COVID is highlighting how much we haven’t invested in health, education and technology. We need to rethink how we spend our money, and do a better job of thinking through what matters. There is no easy solution, we have to do this on our own. 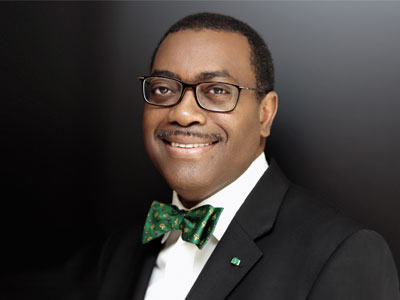 When there is a crisis, either leaders wake up or people rise up. In this case, African leaders woke up very early. They were quick in locking down, set aside significant COVID-19 funds, and provided fiscal incentives. They were coordinated and had a collective voice on the global stage. The jobs agenda has to be brought back very fast. In the informal sector and small and medium enterprises, 30 million jobs could be wiped out. We’ve got to create a quality healthcare infrastructure defense system and support the African pharmaceutical industry. Africa right now has 375 pharmaceutical companies for a population of 1.3 billion. China has 7,000 and India has 11,000, both with populations of 1.4 billion. If you do everything right, and you cannot protect life of your citizens against diseases, you haven’t done enough. The quality of life means you must be able to guarantee public health safety. 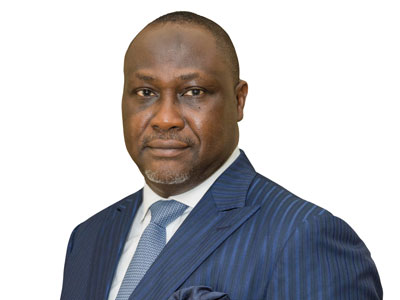 This is the time for us to think beyond the crisis. The global supply chain has been disrupted, and will be for some time. Going forward, it will be important for production centers to be closer to areas of need and supply of raw materials. This is the time to accelerate processing on the continent, create jobs and change the unfair balance of trade. Most of Africa’s capital is outside of Africa. Part of what should materialize out of the crisis are programs to de-risk opportunities for African capital to stay on the continent, because we need the capital to work here, especially as access to international markets is going to be challenging for African states. We need political risk insurance for investors. If a country has an aid budget of $1B, instead provide aid of $500M, and political risk insurance of $500M for the country’s investors. That, for us, is more important than aid. 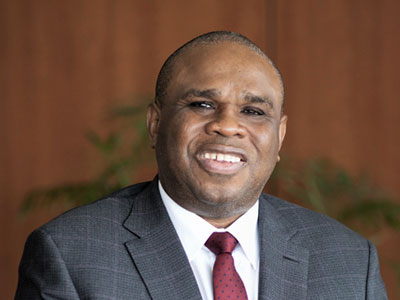 COVID has shown that when chips are down, every country will look after themselves. The philosophy at Afreximbank has always been Africa first. We now have a continent where united we stand. The Continental Free Trade Agreement (CFTA), signed in 2018, was the beginning of the change we needed, the emancipation of Africa. We need to build supply chains within Africa and use the resource richness we have for ourselves. Africa will go through challenges from COVID, but Africans will be more determined and independent. Africans today want a better life, and they do not want to be subservient to anybody. In fact, any leader that shows weakness in dealing with other countries, they will be challenged in the next election. The good thing is the CFTA has provided the platform to move away from fragmentation into an integrated whole as we climb out of the COVID pandemic. 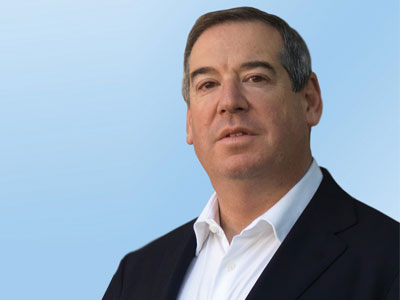 In our African Youth Survey 2020, a huge percentage of youth identified a pandemic as the biggest risk to the continent, but this new generation is not expecting to be saved by anyone. There is something within the genetics of Africans that when there’s a crisis, we come together. I haven’t seen a single African country call on the West to come save us. I’ve seen governments call people like ourselves to say, “We’ve got a problem. Can you apply your capabilities to solve it?” The government now understands we can’t import masks from China. We have to support our textile industry to create jobs. Hallelujah! We’ve said that for 30 years. You want to eliminate poverty? Create jobs, support industry and become business friendly. In the end, we might be leaner, we might be a lot poorer, but I have seen human beings rise to the challenge with the most incredible vigor. 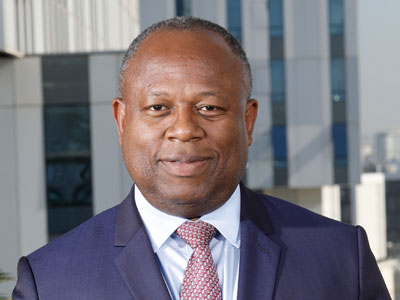 It makes me proud that African countries acted early and decisively, and even with limited resources, people have come together to help the most vulnerable. We need to focus on basic healthcare, power, transport, and make sure everyone has access to the Internet. We can’t leave a big percentage of our population behind. Even before COVID, we didn’t have enough government money for the infrastructure we need, but there’s a lot of private capital on the sidelines. We can offer decent returns for reasonable risk, provided we continue to improve our living environment to attract investment. Going forward, folks here will be tougher. We will leverage support, like everyone else. We want a partnership of equals. We will make sure we have balanced deals, and African interests come first. We will be stronger at diversifying our relationships and try very hard to get African solutions. 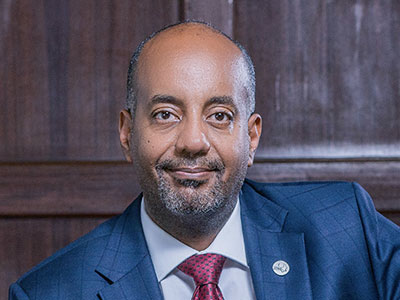 This is a new normal, not based on the old normal, so what does that mean? The underlying fundamentals driving African growth remain intact. In some cases, there will even be a stimulus from demand within Africa for pharmaceuticals or opportunities to produce locally. I think you will have a big growth in economic cooperation between the Gulf Arab countries and Africa as food security in the Middle East is a problem and they would prefer to have food sources closer. The vast majority of African countries have an inflation level in the single digits. Fiscal deficits for most are under 6%, so even if you go into heightened deficit spending in this difficult year, you are not coming out of a very deep hole. Capital and financial markets are coming back a bit towards emerging and frontier markets. We will need to hunker down, but the value proposition for investing in Africa remains.